Christmas at the Turbine Theatre.

The Christmas season is officially underway at The Turbine. From Sunday 8 December – Sunday 22 December the Battersea Power Station based theatre launches their Christmas At The Turbine. Artistic Director Paul Taylor-Mills, has curated a series of special one-off events with some of the West End’s most talented stars.

Other events include a night with Rumour Mill (the revue and cabaret show), Matthew Shaw (one of the UK's most celebrated singing teachers), and Carnaval del Barrio (the stars of the London production of In The Heights re-uniting for a one off concert).

Paul Taylor-Mills said, “I’m over the moon that we are marking our first Christmas at the Turbine with a series of special one off events. These events will compliment our main Christmas offering which is the family favourite, The Cat in the Hat. I’m going to be joined by some of the most incredible artists who have informed my career to date and to have them with us at The Turbine for our first Christmas is a real honour.

“We’ve got intimate cabarets with some of the leading names in musical theatre, special one off reunions and even a bit of naughty burlesque! I like to think of it as our very own advent calendar of delights! A bit of something for everyone. Come and have mince pies and mulled wine with us all.”

Christmas At The Turbine will run in conjunction with the theatre's first family show, Dr Seuss’s much-loved classic, The Cat In The Hat. The production is adapted for the stage by Katie Mitchell, directed by Lillie Collier, and runs from 11 December - 11 January 2020. 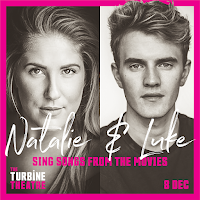 Luke Bayer, star of Everyone's Talking About Jamie and Natalie Paris, star of Six join forces for a special-one off concert that will showcase some of the best numbers written for the silver screen. The evening promises to be a magical night not to be missed. 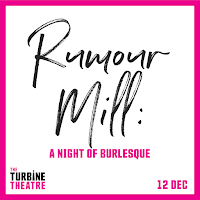 Just like a rumour, everyone is talking about Rumour Mill and we are thrilled to be showing off at the fabulous Turbine Theatre! A spectacular theatrical feast, combining the very best in Burlesque, Boylesque, slick choreographed showgirls and showboys. Rumour Mill is a 5 star show with a 5 star cast. Like nothing you've seen before, but you'll definitely want to see again! 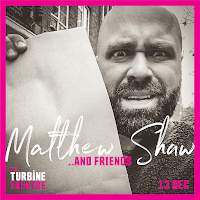 Matthew is one of the UK's most celebrated singing teachers. He shares his approach to singing and will share practical advice on his antidotes and methods. Matthew has worked as a voice coach for various West End performers and also regularly coaches in the pop world. He has worked with artists including Rita Ora, Pixie Lott, Billy Ocean, Frankie Goes to Hollywood, The Saturdays, Pussycat Dolls, Liberty X, Steps and The Wanted. Expect some surprise appearances from some of his favourite clients. 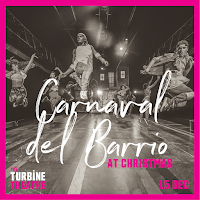 CARNAVAL DEL BARRIO AT CHRISTMAS
Sunday 15 December – 8pm
Stars of the London production of In The Heights re-unite for a special one off concert, which celebrates the musical they made together and their careers since. This promises to be a once in lifetime, not to be missed event. 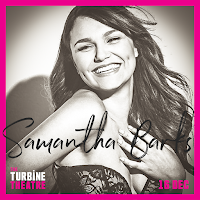 Star of the Les Misérables film and fresh from her run in Pretty Woman on Broadway, Sam is one of the first lady's of musical theatre on both sides of the pond. This special Night Cap will see her singing songs from the shows that shaped her whilst sharing stories about her journey to become one of the UK's most celebrated artists in musical theatre. 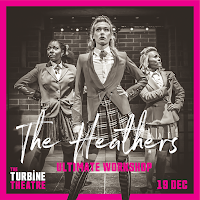 In a rare one off opportunity the three original UK Heathers are joining forces to lead a practical workshop that will focus on some of their numbers from the multi-award winning show. They will also share their experiences of being involved in the show and how it has informed their careers. This is a practical workshop so please be prepared to move. All abilities welcome. Early booking is advised. 15+. (Please note this workshop will not be at The Turbine. Those that book will be advised on venue once places are booked.) 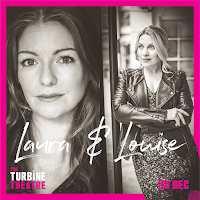 Two of the first ladies of musical theatre join Paul Taylor-Mills in an intimate one off concert. Laura and Louise first worked together on the award winning production of Side Show. Expect songs from the acclaimed show with some surprises thrown in for good measure. 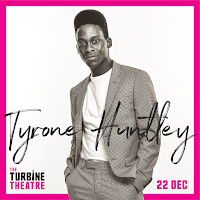 Evening Standard Award winner Tyrone Huntley joins Paul Taylor-Mills in an intimate Night Cap. Expect songs from some of shows that shaped his career and stories about his celebrated career to date.

Box Office: 0207 851 0300
Tickets: Tickets from £20*
*The Heathers Workshop on Thursday 19 December will be £40 per ticket
Website: TheTurbineTheatre.com
Facebook/Twitter/Instagram: @TurbineTheatre