- September 05, 2019
Curve have today announced the full line up and dates for their New Work Festival which takes place 16th-26th October 2019.


The festival will support and showcase the most dynamic and exciting talent from the Midlands, with several performances coming to Curve from runs at this year’s Edinburgh Fringe Festival.

Performances include Olivier Award-nominee Caroline Horton with All of Me, Lewis Doherty with acclaimed blockbuster parodies WOLF and BOAR and award-winning theatre company Fat Rascal with comedic musical Unfortunate: The Untold Story of Ursula the Sea Witch.

Tickets for the festival will go on sale to Curve Friends and Supporters on Fri Sep, to Members and Groups on Mon 9 Sep, and on general sale Wed 11 Sep, all at 12 noon. 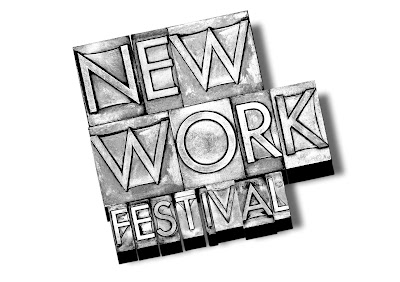 The New Work Festival, formerly known as Inside Out, will take over spaces around the theatre’s building and will include productions and activities for all ages.

The festival will support and showcase the most dynamic and exciting talent from the Midlands, with
informal gigs, musical comedy, drama and more set to hit the theatre’s stages.

Filling the theatre with live performances and free activities between 11am-3pm, Curve will be hosting Diwali Family Day on Sat 19 Oct. That evening, Curve Affiliate Company Nupur Arts will celebrate youth with a vibrant selection of classical Indian dance and music from talented international performers in Yuva Nartan Utsav from 7pm.

On Thu 24 Oct In Good Company, the professional, creative and business development programme
for theatre makers and companies in the Midlands, will present PlayShuffle. Showcasing local talent
and aspiring new playwrights, PlayShuffle is a session focused on new writing.

The festival has been curated by Curve’s New Work Associate Beth Shouler, who joined the theatre in April this year. She commented:

“All of us at Curve love to find new and distinctive shows made by extraordinarily talented artists.

We’re thrilled the festival will showcase some of the best work being made by contemporary theatre-makers in the UK. There is something for everyone: new plays, comedy, physical theatre, works-in-progress, spoken-word, family work, dance, musicals, autobiographical and devised performances.

“It is a real celebration of the talent in the Midlands as every performance has creatives or performers from the region involved. There will also be workshops, surgeries and opportunities for artists to network. All of us at Curve hope audiences have as much delight watching these shows as we have. Ultimately, they are fascinating stories told in inventive and beautiful ways that make for a really great night out.”

The full festival line-up can be found on www.curveonline.co.uk

Tickets for Curve’s New Work Festival will go on sale to Curve Friends and Supporters on Fri 6 Sep, to Members and Groups on Mon 9 Sep, and on general sale Wed 11 Sep, all at 12 noon. Tickets can be purchased online at www.curveonline.co.uk, over the phone on 0116 242 3595 or in person at Curve’s Box Office.