- September 22, 2019
It's nearly that time of the year, oh yes it is, pantomime season is fast approaching. With pantomime's up and down the country we've picked out just a few recommendations for you.

Snow White and the Seven Dwarves at Birmingham Hippodrome
One of the biggest and best pantomimes of the year happens at Birmingham's Hippodrome Theatre. This year looks set to be another fantastic season. Following the success of Qdos Entertainment's run of Snow White at the London Palladium last year they're transferring it to the heart of the midlands with a stellar cast.
Birmingham panto favourite Matt Slack playing Muddles is joined by Lesley Joseph as The Wicked Queen, Joe McElderry as the Spirit of the Mirror, Faye Brookes as Snow White with Jac Yarrow (fresh of his recent run as Joseph at the London Palladium) playing The Prince. Dance group Flawless as the Wicked Queen's Men, the black countries own Doreen Tipton as the Lady in Waiting and Andrew Ryan returns as the Dame to play Nurse Nelly.

Aladdin at Churchill Theatre, Bromley
Pantomime legend Christopher Biggins returns to the role of Widow Twankey in Aladdin playing this year in Bromley. Staring alongside Biggins will be comedian Rikki Jay as Wishee and ventriloquist Max Fulham as Washee. With a full cast to be announced this is Kent's premier pantomime and a festive trip to Peking is not to be missed - just don't touch the prawn balls!

Peter Pan at The Mayflower, Southampton
Take flight to Neverland and join Southampton's swashbuckling production of Peter Pan. There's a fine crew assembled and ready to take you on an adventure. 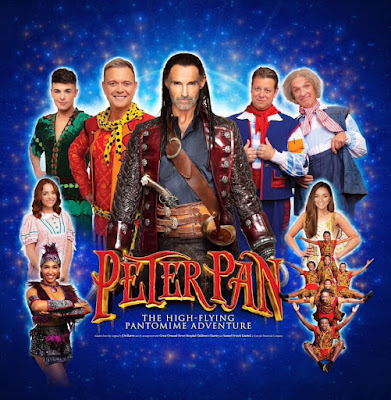 Peter Pan at the Grand Theatre, Blackpool
Blackpool's Grand Theatre ends their 125th year with Peter Pan. The beautiful theatre will transport audiences to Neverland for a festive adventure. 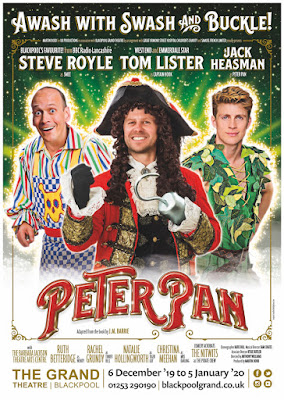 Dick Whittington and his Cat at the Hackney Empire
One of the gems of Panto season happens every year at the Hackney Empire in London. With Suzie McKenna returning to write and direct again it's certain that this year's production will be another hit.
Returning for his 13th pantomime season as the Dame is Clive Rowe as Sarah the Cook. He's joined by Tarinn Callender as Dick Whittington and Annette McLaughlin as Queen Rat. Hackney favourite Kat B will play Uncle Vincent the Cat, Tony Whittle plays Alderman Fitzwarren, Christina Tedders as Alice Fitzwarren and Sue Kelvin as Fairy Bowbells.

Dick Whittington and his Cat runs from Saturday 23rd November 2019 through till Sunday 5th January 2020. https://hackneyempire.co.uk/whats-on/dick-whittington/ 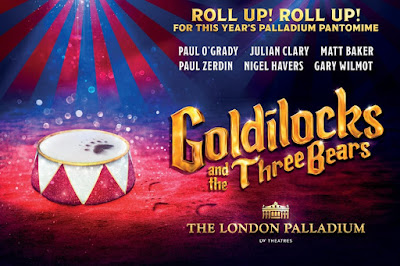 Paul O'Grady will play the Evil Ringmaster alongside Julian Clary as The Ringmaster, Paul Zerdin as Silly Billy, Nigel Havers as Daddy Bear and Gary Wilmot as Dame Betty Barnum. TV presenter (The One Show and Countryfile) Matt Baker will make his pantomime debut as Joey the Clown. Further casting is too be announced.

Goldilocks and the Three Bears runs from Saturday 7th December 2019 through till Sunday 12th January 2020. https://www.palladiumpantomime.com/calendar/


This is just our pick from hundreds of productions up and down the country. We recommend you check your local theatre and support their production. Pantomime season is one of the most important to theatres and a great way for the younger ones to discover theatre for the first time. Check out the fabulous http://www.its-behind-you.com/diary.html for a full diary of the pantomimes happening this forthcoming season.