- November 19, 2019
With the festive season fast approaching and theatres up and down the country readying their festive productions, we've picked a handful of our top must-see picks. We've already covered our pantomime picks in an earlier post (which you read here) so we won't be including any of those.

The Boy In The Dress - Royal Shakespeare Theatre, Stratford-Upon-Avon
Over at the Royal Shakespeare Company in Stratford-Upon-Avon something magical is brewing. Based on the much-loved book by David Walliams and adapted to the stage by Mark Ravenhill and directed by Gregory Doran, The Boy In The Dress looks set to be another musical smash hit for the RSC. 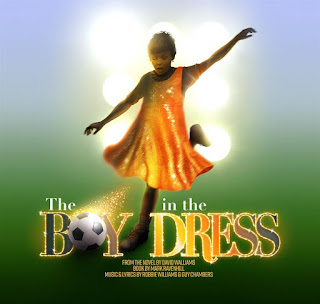 The story follows young Dennis. When his mother leaves home, times become hard. The only way he can remember her is through a family photo in which she's wearing a beautiful yellow dress. Once he meets the popular Lisa James, who is sketching and design a dress which he models for her. How will Dennis cope with his combined love of dresses and football and when he shows up at school wearing a dress.

Catchy original music for the production has been written by Guy Chambers and Robbie Williams. The cast includes Rufus Hound as Dad, Charlotte Wakefield as Mum/Miss Windsor, Forbes Masson as Mr Hawtrey and Irvine Iqbal as Raj.

I suspect this is a production which will run for years. Catch it at the Royal Shakespeare Theatre in Stratford-Upon-Avon where it's booking until March 8th 2020. For tickets visit here.

Nine-year-old Pippi moves to a new home with her monkey and horse but without any parents or rules, she brings chaos, confusion and mischief to an ordinary town. Pippi takes charge of her own adventures with two new friends, Tommy and Annika, what else would you expect from the daughter of a swashbuckling pirate captain?

This epic musical adventure is adapted for the stage by Mike Akers and composed by Stu Barker. It's directed by The Wardrobe Ensemble's Jesse Jones and Helena Middleton. Actress Emily-Mae will lead the company as Pippi.

Pippi Longstockings runs at the Royal Theatre in Northampton from 10th to 31st December 2019. For tickets visit here.

West Side Story - Curve, Leicester
Curve in Leicester continues its tradition of Made at Curve festive productions with a new staging of the classic musical West Side Story.

The musical inspired by William Shakespeare's tragedy Romeo and Juliet is directed by Curve's artistic director Nikolai Foster and features brand new choreography by Ellen Kane.
Filled with timeless numbers including America, I Feel Pretty, Tonight and Something's Coming which will be brought to life by a cast of 20, led by Jamie Muscato as Tony and Adriana Ivelisse as Maria.

Full of passion, drama, iconic music and dazzling choreography a trip to the Curve to see this new production is a must.

The classic musical tells the story of Sky Masterton who to settle a bet pursues straight-laced Sergeant Sarah Brown, only to fall madly in love with her. 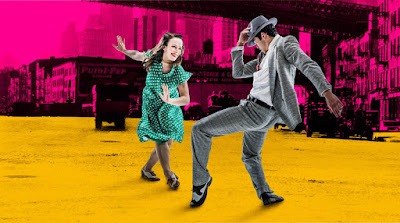 The high energy musical includes the numbers Luck Be A Lady, Guys and Dolls and the irresistible Sit Down You're Rocking The Boat.

This new production is directed by Robert Hastie and features choreography by Matt Flint. The cast is led by Kadiff Kirwan as Sky Masterton, Alex Young as St Sarah Brown, Martin Marquez as Nathan Detroit and Natalie Casey as Miss Adelaide.

Guys and Dolls runs at the Crucible in Sheffield from December 7th 2019 till January 18th 2020. For tickets visit here.

A musical based on the five-time Oscar-nominated movie follows dreamer Amelie who lives quietly in the world but loudly in her mind. She secretly improvises small acts of kindness that bring happiness to those around her but when a chance of love comes her way, Amelie realises she'll have to risk everything and say what's in her heart.
The UK production which features hugely talented actor-musicians dazzles with Parisian delight. Led by the extraordinary Audrey Brisson as Amelie and Chris Jared as Nino. With music by Daniel Messe and Nathan Tysen and is directed by Michael Fentiman.

We reviewed the show out on tour and gave it a rave 5-star review and we haven't stopped talking about the show since. Read our thoughts here.

Amelie opens at The Other Palace on November 29th and plays till February 2nd. For tickets visit here. 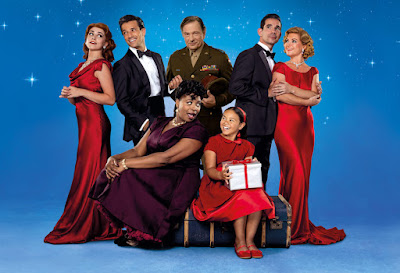 A treat for the entire family which we saw last year and raved about. It's well deserving of it's West End transfer.

Nativity The Musical - Touring and Eventim Apollo, London.
Debbie Isitt's stage adaptation of her original Nativity movie has been so popular that this year it returns for the third year running.

Following the Coventry primary school of St Bernadette's. Mr Maddens, who hates Christmas after being dumped by his girlfriend who left him to follow her Hollywood dreams, is chosen to direct the Nativity. He meets childhood friend and fellow primary school teacher and lies about Hollywood coming over to Coventry to capture the Nativity and turn it into a movie. When Mr Poppy overhears he spreads the news and excitement builds. It's up the Mr Maddens and the children to save the day and stage a Nativity that Hollywood would be proud of.
The show is currently out touring led by Scott Paige as Mr Poppy, Scott Garnham as Mr Maddens and Ashleigh Gray as Jennifer Lore. When the production opens in London Simon Lipkin returns to play Mr Poppy and will also be joined by big names Danny Dyer, Dani Dyer, Rylan Clark-Neal and Sharon Osbourne.

We've already reviewed this year's production and gave it a worthy 5 stars. It's a piece of theatre all ages can enjoy and will leave you feeling pure happiness.

That's just some of the wonderful theatre that is on over up and down the country this festive season. Let us know in the comments which shows you're seeing over the Christmas period.